The project “From Monferrato to the world through Ethiopia” started in October 2015. It is a challenging project unfolding in time and space and involving different arts and sciences with the purpose of finding a new connection among Cardinal Massaia, the history of human and animal presence in Ethiopia and Monferrato, the creative comparison of the above topics and their contemporaneity. A “high-profile” popular itinerary using the immediately understandable languages of music and theatre, and an easily accessible scientific description. The first events took place in Piovà, the little village where everything started over two centuries ago.

Saturday October 3rd, which commemorated the 80th anniversary of the Italian invasion in Ethiopia, professor Mauro Forno from the University of Turin inaugurated the conference. He has a thorough knowledge of the life of Cardinal Massaia and together with professor Leonardo Casalino from the Université Stendhal Grenoble 3 of Grenoble explained the diplomacy of Massaia and the reasons why his works have been exploited by the Fascist regime that saw in him a pioneer of colonialism. The tainted reputation was the reason why the cause for his beatification got stuck for over hundred years.

The Italian colonialism in Ethiopia started in 1879 and by that time Massaia had already accomplished his mission in the area. It actually developed after the battle of Adua in 1896, where the defeated Italian army had to temporarily forget the colonial ambitions in the area.

The Massaja writings have often been misread and spread thus straining the real meaning. The fascists justified the invasion of Ethiopia on 3rd October 1935 claiming it was suggested by Massaja. It is totally fake because he thought that Italians could not have anything to teach to other people. Italy was not a whole Country yet and this is what he stated in his memories.

The intervention of Gabriella Ghermandi was very touching. She is a singer and writer of Ethiopian origin, the author of “The Queen of Flowers and Pearls”. The book is a report of the  Ethiopian resistance against the invaders seen by the eyes of a little girl of that area, living in a mixed family that endured the consequences of the colonialism for a long time.

“I could define it a souls crusher: for too long we people of mixed race have been considered the sons of the devil, but we were instead only the outcome of peace, of love that goes beyond all differences”.

Finally, doctor Anna Delfina Arcostanzo from the cultural association Compagnia Marco Gobetti and author of “We Western People –  Hints for a reflecting geopolitics in the Francafrique” talked about the contemporary colonialism, involving the public to some reflections.

Very remarkable was the intervention of the historical Matteo Dominioni coming from the Swiss mountains, who at the end of the day said:

“Yesterday it was the 80th anniversary of the Italian aggression to Ethiopia.The event has not been remembered by any newspaper at all. I tried to explain this. We are living in an age characterized by the oblivion of certain issues. The debates, the discussions are demanding and difficult. We are living in the age of consensus. The scholars of colonialism would once be labelled as anti-Italians, pessimistic, communists. Now we are all dismissed as jinx, unlucky people. Those are offenses that cannot be answered back. I never remember the 3rd October, it is insignificant. This year though I wanted to come to Piovà Massaia to attend a day of study and the show of Gabriella Ghermandi.  I think this was the only initiative organized in Italy for the 3rd October 1935. I want to thank the organizers for the effort and hospitality. Interesting meeting, good company and good wine and above all, thank you Gabriella”.

And at night the voice of Gabriella Ghermandi warmed up all hearts with “Atse Tewodros Project in concerto”, a project with Ethiopian and Italian musicians playing on history, migration and mutual future. 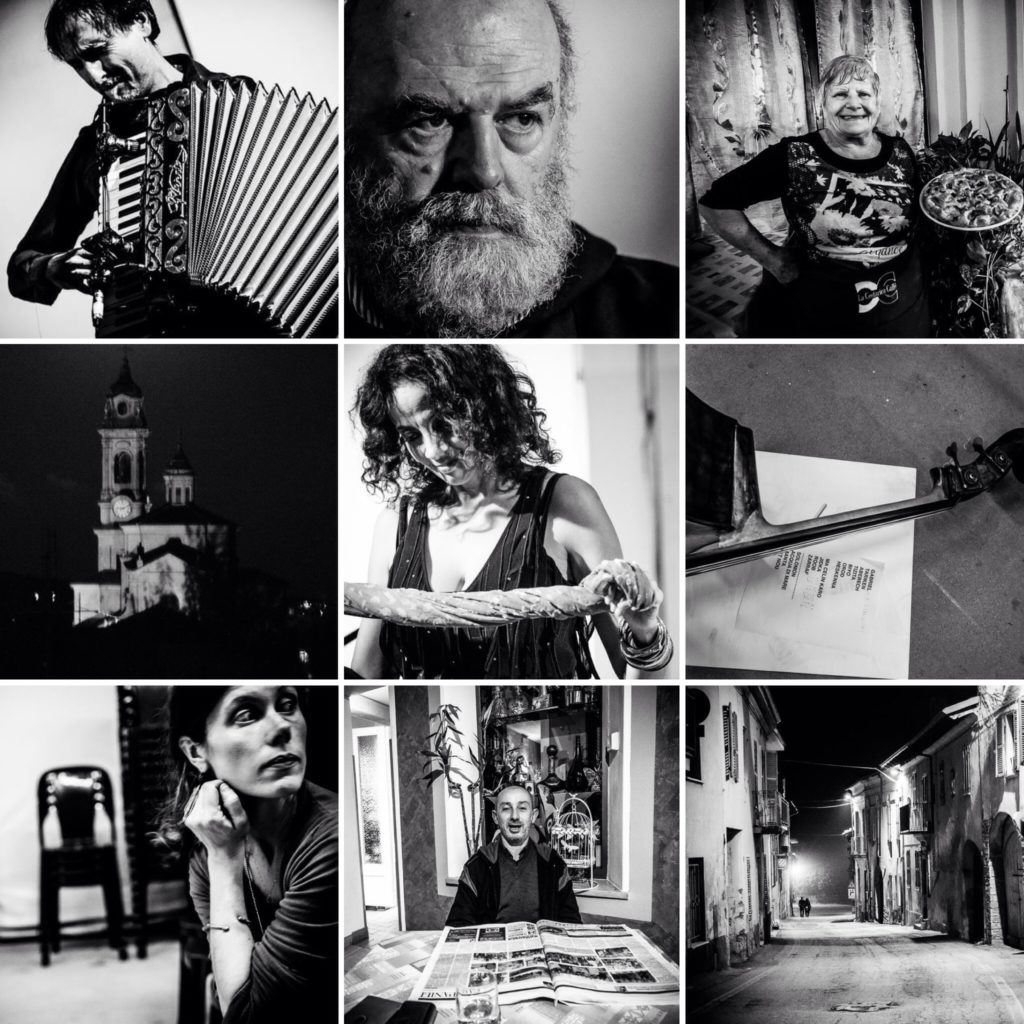 On october 24 and 25 the second appointment ended the project summoning internationally known artists and scholars into our small village. The two days have been characterized by important conferences and days of study with the intervention of experts in paleontology, anthropology, theology and history.

The Saturday moderator has been professor Francesco Scalfari, Director of the University Campus of Asti, who named this project “brave, ambitious and innovative”. The studies by Valentina Cabiale and Marco Gobetti focused on different issues, sometimes difficult but fundamental in understanding important aspects like comparison among different religions and migrations. For this reason mandatory was the participation of Ecomuseo Basso Monferrato Astigiano which recently dealt with immigrants and “mixed” race territories.

The missionary Abba Tewelde Beyene explained that until 1940 there was no such thing as history of Africa but history of Europeans in Africa. He furthermore explained that it was difficult for Massaja to understand the historical and political background of that territory. The journalist and writer Andrea Semplici stated that “white people in Africa do not understand anything”.

Father Mario Durando said about Massaja and his the journey that he was a “social Saint on a business trip” and a “bogia nen” traveling between Italy and Africa. He wanted to point out that “bogia nen” (someone who does not want to move, a Piedmont saying) in this case means someone standing still in front of the enemy, stubborn like only a person from Piedmont can be. He also added that Massaja was not the founder of Addis Abeba but of the Mission of Finfinnì, located in the area where later the town would rise.

Dott. Daniele Ormezzano from the Regional Museum of Natural Sciences and Professor Francesca Romagnoli from Institut Català de Paleoecologia Humana i Evolució Social de Tarragona  spoke about human and animal evolution.  Dott Ormezzano highlighted that the terms “astiano” and “villafranchiano” used from scientists all over the world come from the land we are living. For such reason it is correct to compare Monferrato and the discovery of old whales remains with Ethiopia where the most ancient human remains have been found.

Andrea Semplici, writer and journalist, depicted Ethiopia in such an extraordinary way to make people want to leave soon to that land, reached by Christianity way before Rome.  The restaurant Impero in Asmara, mentioned by Semplici, was run for many years by a family from Piovà emigrated there, turning that place in a town similar to ours. Semplici in fact said that

“In the 80s I found Asmara similar to what Latina was in the 30s, with its cathedral devoted to Saint Anthony, the Fiat 1100 taxis and Italian bartenders”.

On Sunday the writings from Massaja have been shown, that are like an autobiography of his 35 years spent there. The presence of the Bishop from Asti Monsignor Francesco Ravinale and the concert of the famous Italian-Somalian singer and actress Saba Anglana made the event quite special. Saba Anglana, successful daughter of an Italian father and Ethiopian mother, chose to start here her 2015 Zarraf world Tour with a riveting performance. 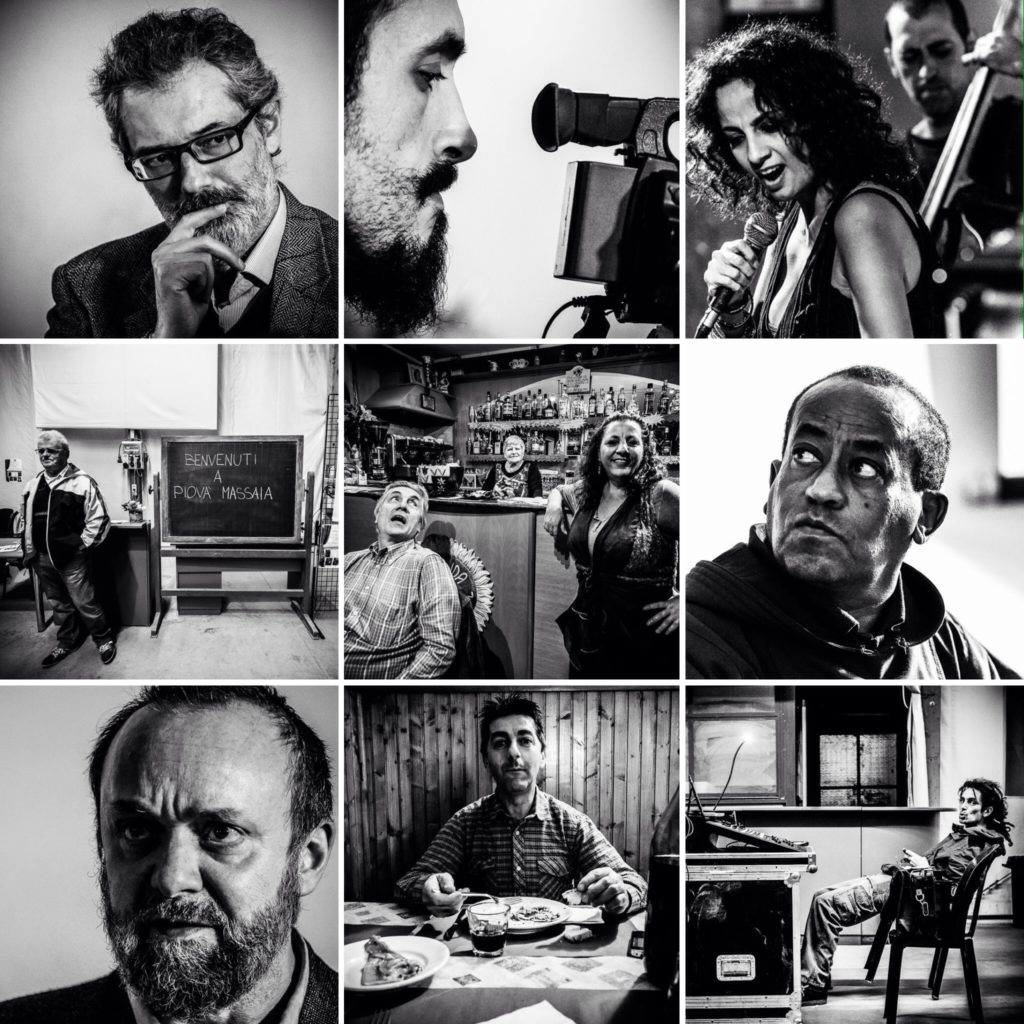