On February 26, 2008 some scenes of  the documentary “Un illustre conosciuto” (“An illustrious well known”)  were filmed inside the Parish Church and its surroundings. The film director is Paolo Damosso, with the participation of the tv host Lorena Bianchetti and Sergio Fiorentini, together with the Cardinal old grandnephews Guglielmo e Teresina Massaia. 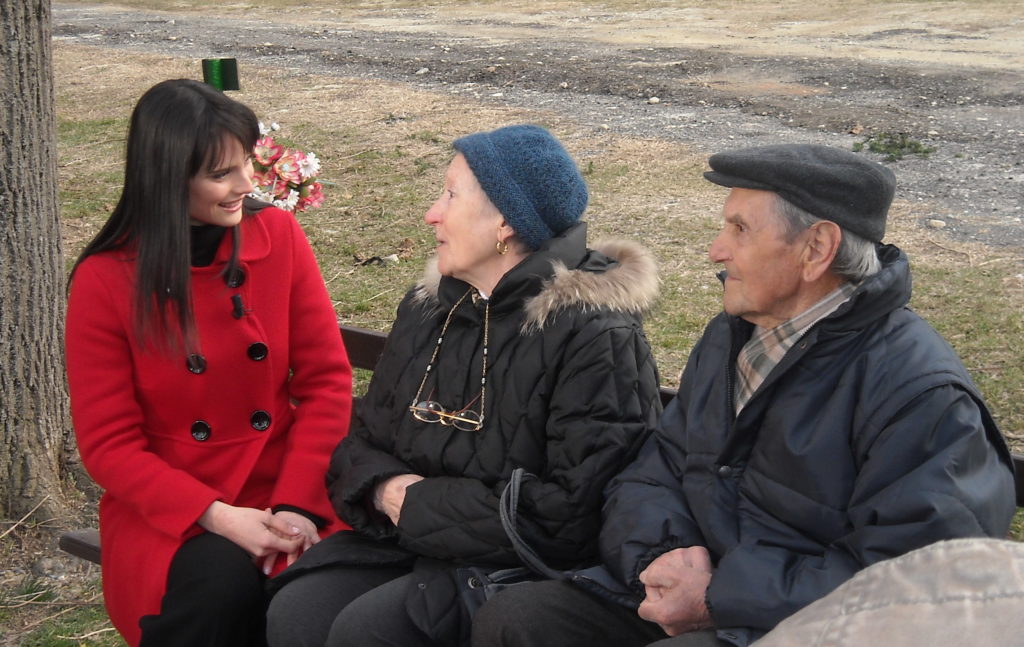 The film, made in remembrance of Massaia on occasion of his birth bicentenary, received the award from the Piemonte Doc Film Fund, by which the Film Commission Torino-Piemonte promotes documentary reportages. 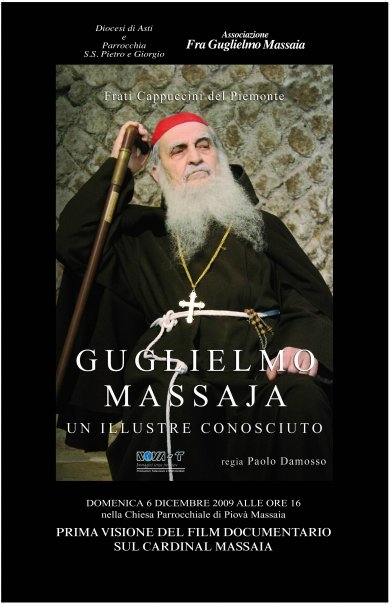 Massaia is a popular person, but people often has now only a slight  idea of his life and works. When he was alive instead he was so widely known and appreciated by clergymen and institutions to get  a memorial stone in his birthplace prior to his death. However at a certain  point something happened  casting a shadow on him and his memory.

The Fascism made him in fact a symbol of its colonial policy and its expansion aim in  the Horn of Africa. The film of Goffredo Alessandrini “Abuna Messias” contributed to reinforce such image. Awarded in Venezia in 1939 with the Mussolini Cup, it was a kolossal for that period, with a large number of actors and extras, filmed in Ethiopia. The cost of filming was 5.000.000 italian lires, a huge amount for that time!

The combination Massaia-Fascism is a total fake from either the historical and personal  point of view. Friar Guglielmo went to Ethiopia in 1846, about forty years before the first Italian expedition. Besides, Massaia was very respectful of Ethiopian culture and his aim was purely missionary and spiritual: just to convey the message of Jesus and help people. 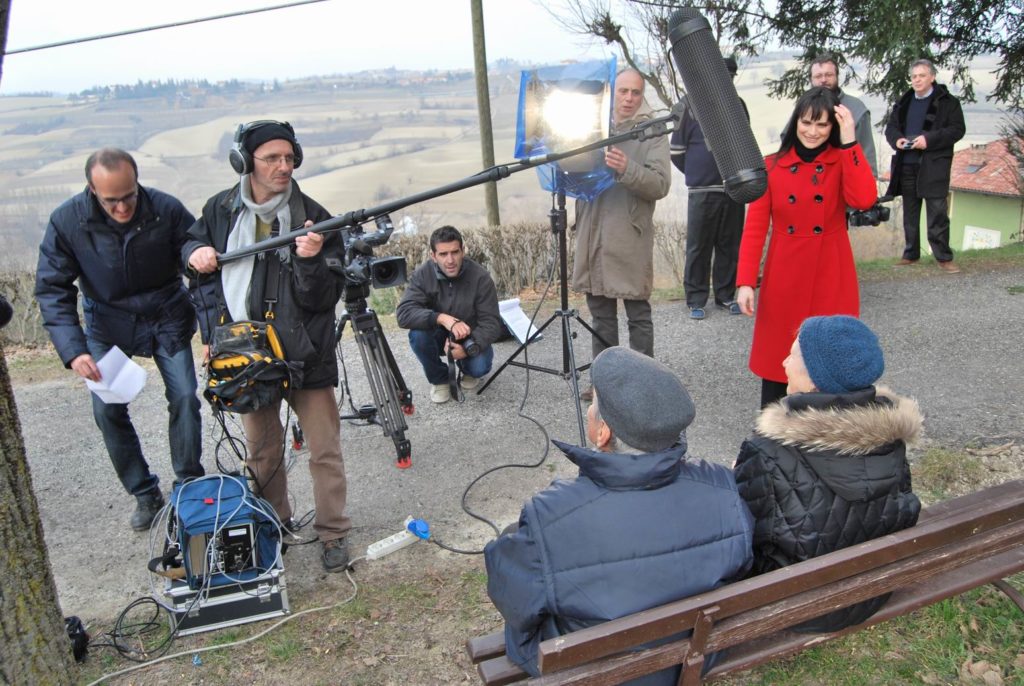 The purpose of “An illustrious well known” is to fix this misunderstanding. The documentary is therefore a travel in Italy starting from the birth village to Torino, the place of his studies and where he realized his missionary calling, Frascati where he spent the old age, and Ethiopia. It was a discovery of his life, his challenges but also the difficulties he went through. The film shows a person with great charisma, outstanding human, intellectual and physical ability, like the director said.

“The story of Cardinal Massaia is so compelling, full of so many events, enough to fill ten biographies. It is hard to tell it; we tried though, respecting his philosophy, his strength, his inspiration like a true son of Saint Francis of Assisi. It is a man that still can help us successfully open towards different cultures and people”.

Lorena Bianchetti, an actress, a Tv host and a journalist (in the photo with the Cardinal Massaia grand-nephews: Carlo and Giovanni Luigi Massaia) said:

“The experience with Sergio Fiorentini was worthwhile. I did not know Cardinal Massaia before and I got really moved by him: I think that his noble attitude should set an example for us all” . 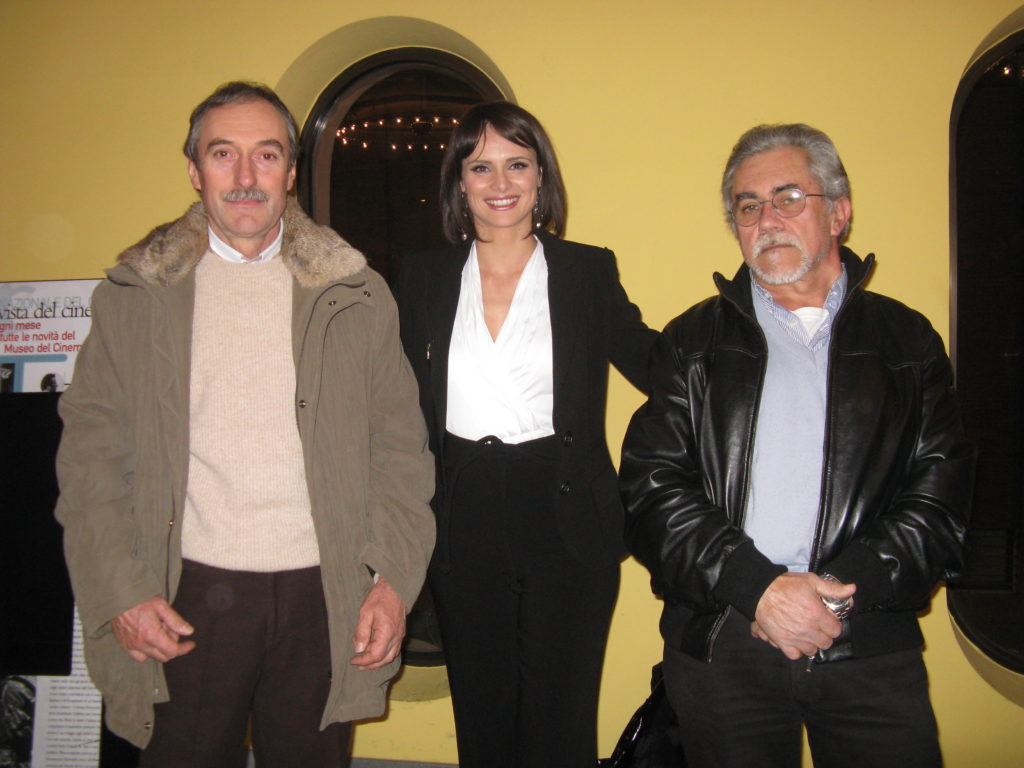