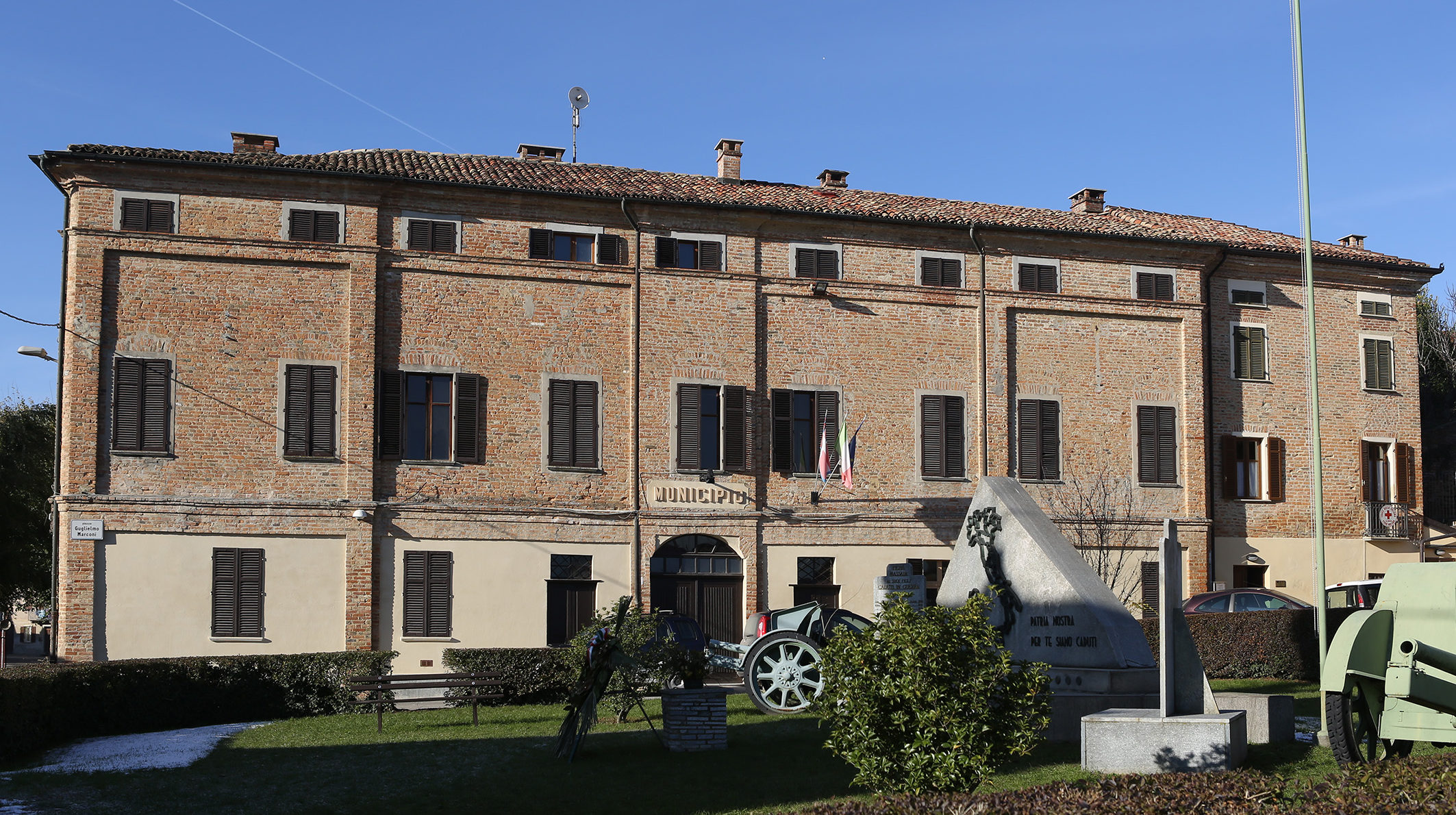 The restauration of the Town Hall was completed in 2012 . The preservation of its eighteen century architecture enabled the fruition of some of the rooms for music linked activities.

The Municipal Authorities together with the Music Band “Aurora” (Dawn) decided to devote the first floor of the building, once location of the Elementary School,  to a Learning Center for Music. It is dedicated to Giovanni Battista Polledro (1781-1853), a Piovà citizen, violinist and composer. The most refined room, at the right of the staircase, has been dedicated to Polledro and became the Chamber of Music. It contains some valuable pieces: a vertical piano, a nineteen-century living room furniture, the portrait of the violinist, copies of the original of his works, and chairs for musical happenings.

Three rooms are particularly interesting at the second floor: the Municipal Room, the Room of Saint George and the Room of the Eagle. The Municipal Room keeps the original floor with eighteen-century earthenware tile. At the corners four large carved walnut built-in closets make the environmental layout homogeneous and enriched, together with a plaster fireplace. The name of Room of Saint George is after a eighteen-century picture in the middle of the ceiling. The ceiling has layers of more valuable ornamental pictures like a “chiaroscuro” design on entablature. The room is furnished with carved and inlaid closets, some globes of past centuries and decorated with the paintings of the Count of Cavour and Cardinal Massaia. The name of Room of Eagle is after an eighteen-century picture in the middle of the ceiling near a tone-on-tone cartouche. The Eagle theme may be connected to the village of Piovà since it was part of the Radicati of Cocconato County until 1731.  Its heraldic symbol is the Golden Eagle on a black background.

The audience can assist to concerts, visit all rooms on the first floor and the most  important rooms on the second floor through a guided tour. Tours are available during the visit hours or by reservation.