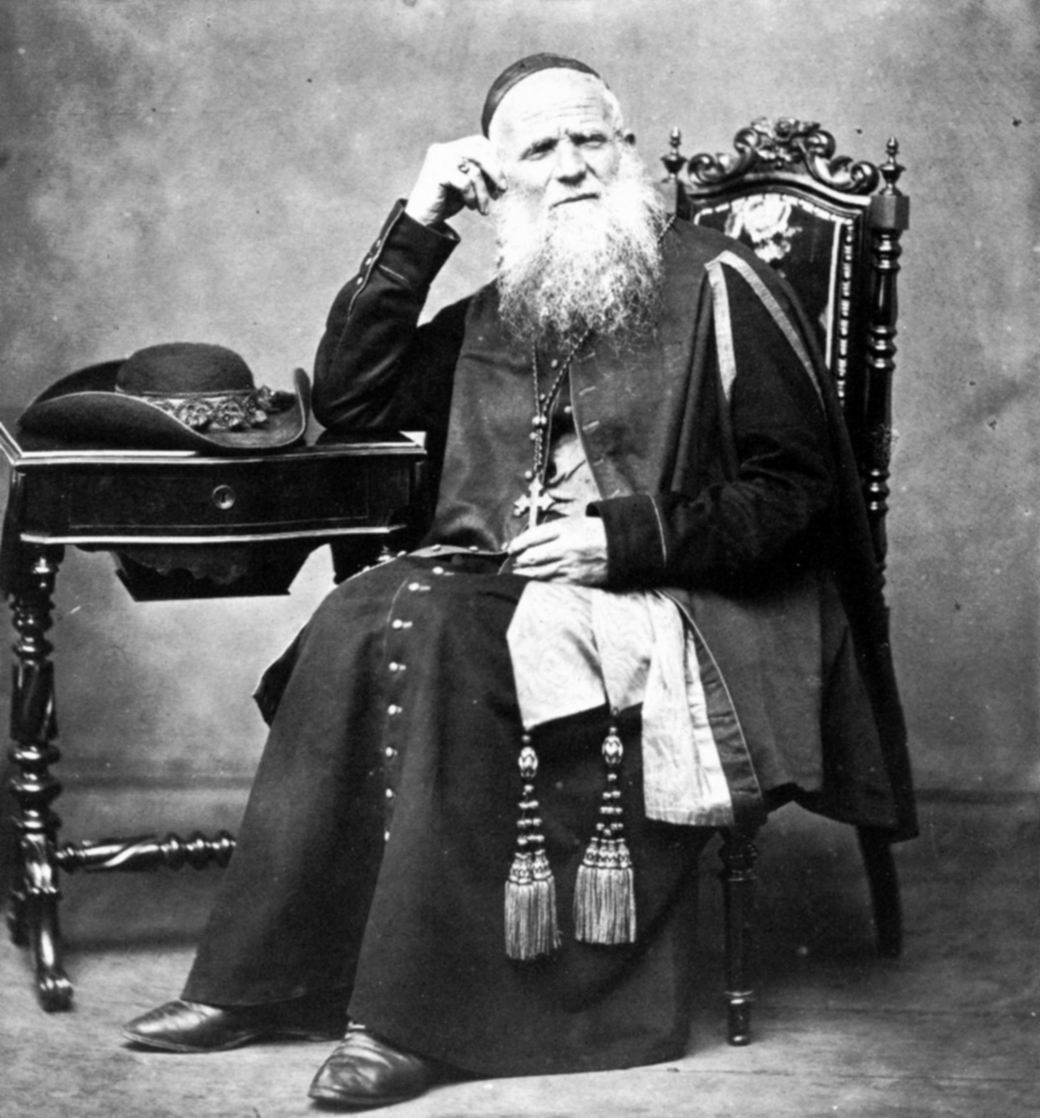 Lorenzo Antonio Massaia was born in Piovà on 08 June 1809.  He made his decision to join the Franciscan order at the age of seventeen, while attending the Royal College in Asti.  He became a Capuchin friar on 08 September 1826 in the suburb of Madonna of Campagna in Turin.  He was named Guglielmo after his elder brother, who was a parish priest. He was ordained in Vercelly in 1832.  From 1834 through 1836 he was chaplain of the Maurizano Hospital, where he learned some basic knowledge of medicine and surgery. In 1836, he was appointed Professor of Philosophy and Theology in the convent of Testona.  King Carlo Alberto nominated him confessor to his children, thus becoming the spiritual counselor of Vittorio Emanuele II.  Silvio Pellico, Secretary to the Marquise Giulia do Barolo, also chose him to become his father confessor.

His most ardent desire was to die as a martyr on a religious mission.  Therefore, he humbly accepted the call of the Lord when the Pope sent him to far-flung territories that were willing to accept the Holy Gospel.  The famous Catholic explorer Antonio D’Abbadie and the Capuchin Superiors both suggested his name to the Pope. In 1846, Pope Gregory XVI ordained him apostolic vicar.  He left for Ethiopia right after his ordination.  At that time, Ethiopia was Catholic, but it was split by the schism, enthralled with heresy, and contaminated with Islamic influences.  The country was in the midst of a conflict between the Prince of Tigrè and the Prince of Amara.  Abuna Salama II, the deceitful and immoral religious head of Abyssinia fanned the flames of the conflict.

After a first failed attempt to access Ethiopia through the Red Sea, he embarked on another trip with a fake passport along the River Nile and entered the country as a merchant. The Ethiopian population was called Galla.  This is where he was supposed to carry out his vicariate.  It is located in the southern part of Ethiopia and Guglielmo had to sail up the Nile and cross a desert in order to reach it.  It took him nearly four years to reach the assigned area, where he spent the next 35 years of his mission. On 21 November 1852 he finally reached the Oromo-Galla .The word Galla means slave and was a pejorative term used by the slave masters.  Today it is still a term that cannot be used in Ethiopia.  Its use will result in punishment under the current law.

During his apostolate, he went through four pilgrimages to the Holy Land, imprisonment, and exile.  However, he still managed to found several missions, support centers, and made the first catechism in the Galla language.  He strove to cure the local diseases, especially smallpox, and for that he was nicknamed “Father of Fantatà (Lord of the Smallpox).  He promoted diplomatic and scientific missions. He was appointed Great Officer of the Mauriziano Order by King Umberto I.  He was counselor to Menelik II, King of Scioa.  He founded the Finfinni Mission, where Addis Ababa (New Flower), the future capital of Ethiopia, was founded in 1889.  Emperor Giovanni IV sent him into exile on 03 October 1879, because he was jealous of his prestige.

After this new exile, Massaia returned to Europe and retired to the Frascati monastery after an audience with Pope Leone XIII on September 1880.  This is where he started to write his 12 volumes of memoirs.  The Pope appointed him Archbishop in 1881 and then Cardinal in 1884.  He said,

The Pope, by appointing me Cardinal increased my debts with God and the Church without adding one single gram of virtue and knowledge to me to pay them back.

He died in the summer of 1889 in Villa Almirante at San Giorgio a Cremano.  In 1939, the San Paolo Film Company in Rome produced a movie titled, “Abuna Messias” about his second Ethiopian Mission.  It was directed by Goffredo Alessandrini.  The movie won the “Coppa Mussolini” and later the “Leone d’Oro” (Golden Lion) at the Film Festival in Venice. In 1914, the beatification process began.  On 02 December 2016, the Congregation for the Causes of the Saints proclaimed his heroic virtues.  Such an acknowledgement is associate with the title of “Venerable”.