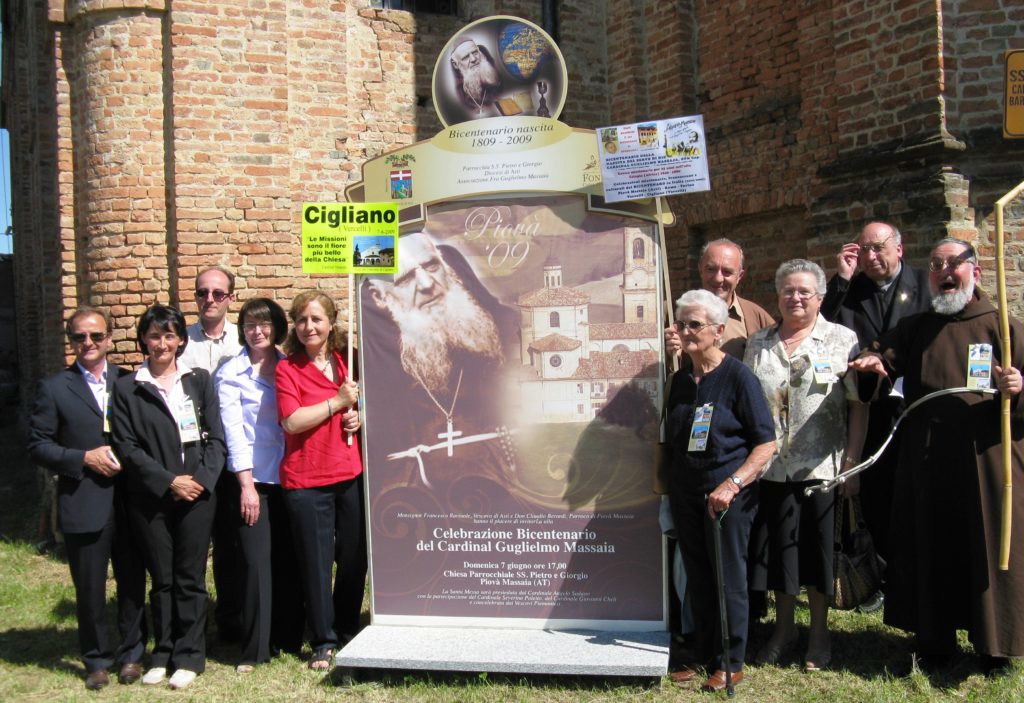 The birth bicentenary of the Cardinal Gugliemo Massaia has been celebrated  on 7 June 2009 by over eight hundred people in Piovà Massaia, involving religious and civil authorities together with Piovà and nearby villages inhabitants.

The solemn Eucharistical celebration was held by Cardinal Angelo Sodano, Dean of the Sacred Cardinal Board and Vatican State Secretary, by ninety years old Asti Cardinal Giovanni  Cheli and by Cardinal Severino Poletto, Turin Archbishop and Asti Bishop from 1989 to 1999, to name the most important. Other attendants were seven Piedmont bishops, several Capuchin friars like Father  Antonino Rosso, who is the greatest scholar of Massaia Biography, and Father Mario Durando, General Superior Capuchin for Piedmont and Valle d’Aosta, and many priests.

Cardinal Angelo Sodano during the homely emphasized how important was this missionary from Asti by remembering his achievements. “Massaia – he stated – was a true example of unparalleled holiness. He was humble yet strong, he spent thirty five in Ethiopia helping people in need of everything: food, school, medical care and religious teaching. He never gave up despite the many difficulties, but most of the times he committed himself to the apostolate more than necessary. To give an instance of his sensibility, throughout his mission he walked in the desert barefoot just like the Galla used to, in order to avoid any mistrust or hatred. His letters show how he often remembered his native village and this wonderful Church, but his desire to help those whom he considered his people was strong enough to keep him from coming back, until he was called back from the Vatican.

During the ceremony the Piovà and San Secondo choirs sung the original pieces written in honor of Massaia. The memorial bell shows the embossed image of Cardinal Massaia and the writing ““A.D. MMIX / Secondo recurrente centesimo anno / Guglielmi  Cardinalis Massaia ortus / Piovanenses incolae grato et divoto animo memoriam /celebrantes in hac terra sanctorum / nostra aetate missionis” . Association Frà Guglielmo Massaia had it made by Foundry Marinelli and it was blessed during the event.

The event then changed setting, moving into the yard of the Rectory where the Ecomuseum Basso Monferrato Astigiano set an exhibition with panels showing the seven facets of Massaia. He was in fact doctor, farmer, writer, missionary, traveler, diplomatic and saint.

On that occasion a stamp obliteration of the event was realized. 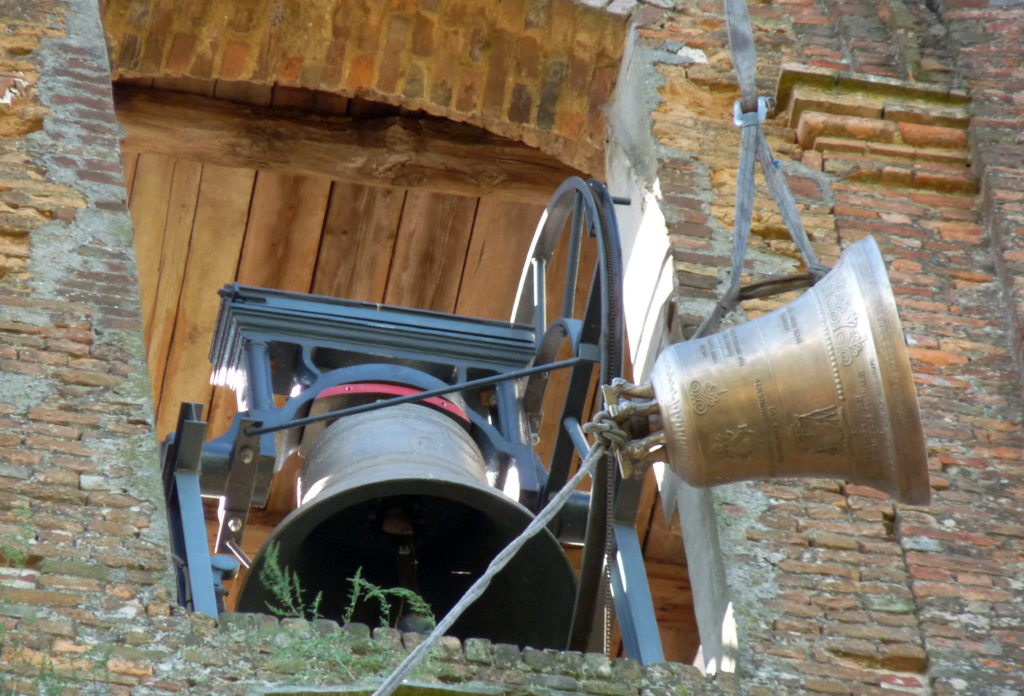